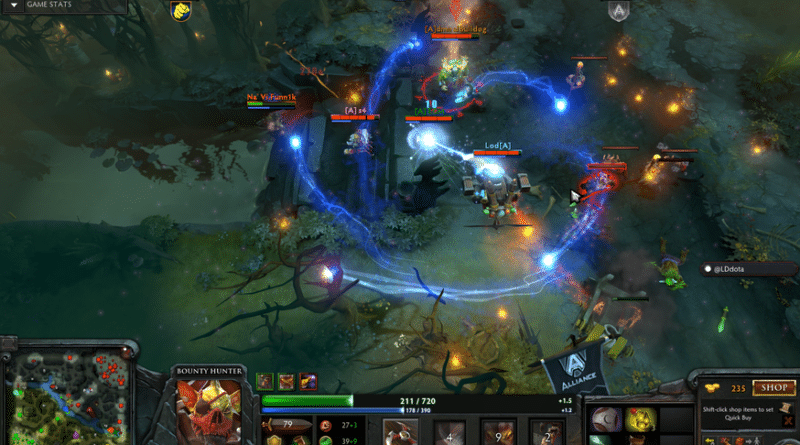 Intros out of the way, let’s talk about what you need to know to get the best laptop for Dota 2 in 2021.

The old version of DotA 2 could run on pretty much any laptop ….

However the introduction of Reborn has changed these requirements a bit.

Nothing complex really, we’re just going to set the bar a lil’ higher.

So that you can get stable framerates throughout an entire match and avoid those severe framedrops on team fights when everyone is popping up their abilities simultaneously.

Dota 2 is the oldest MOBA out there so it’s not surprising people still think the new editions only require bottom of the barrel rigs but again the introduction of reborn has raised the requirements a little bit.

Here’s what you should keep in mind before buying a laptop or PC for Dota 2 :

The engine of Dota 2 was programmed way before LoL and that was way before dedicated GPUs were any useful so the game is still very CPU bound.

Number of cores doesn’t really matter even if Steam claims that it does.

Get the CPU with the highest clock speed you can afford. Anything above 3.5GHz is good.

1. GPUs have almost no impact on the game if you don’t mind playing at low-medium settings.

But you should definitely grab a recent Intel HD or AMD Radeon “integrated GPU” if you want no lag.

2. To play the game at high settings with +100 fps you just need any dedicated GPU, even old ones will do but you won’t find them today. I recommend any of the following, anything more is just useless for MOBAs.

Same colors are equivalent in power.

RAM
4GB is OKAY. Dota 2 isn’t a RAM hog but 8GB is the sweet spot if you’re going to multitask a lot when you play the game.

Storage
SSD or HDDs don’t make a difference. SSDs will launch the game and start up Windows faster though.

Display
There’s no question that you’ll be hitting +60FPS if you get a dedicated GPU at medium settings.

The problem with laptop displays are their refresh rates they’re mostly capped at 60Hz.

If you somehow find a 120Hz display, it will make the game look far smoother but it won’t affect your gaming.

In these reviews I’m not going to restate specifications and tell you all the sweet things about these laptops.

I’m just going to be brutally honest on what these laptops can do for you: what framerates, settings they’ll let you play with and mention anything else worth knowing.

Getting anything with specs higher than these 5 laptops is just wasted money. That’s not even an opinion, it’s a fact.

If you get the latest gaming rig for 3k, you’ll get the same framerates and you will still get framedrops in a crazy team fights with 10 refresher orbs and a billion particles…no system out there will save you from that. 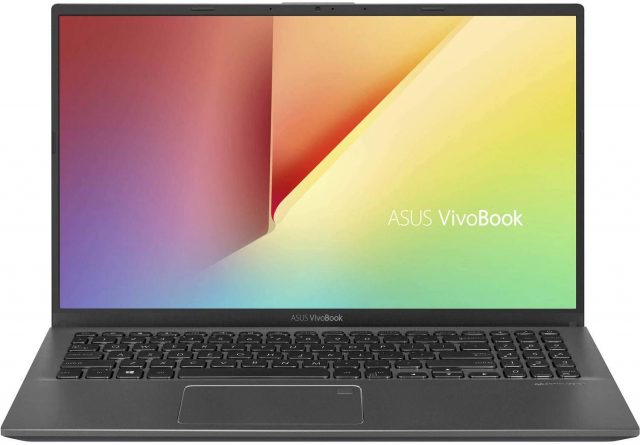 The cheapest laptop you can play Dota 2 with.

Now because the game isn’t graphically demanding, lowering the settings to the bare minimum makes a huge difference in framerates and you’ll easily be hitting 70FPS with this little beast.

By cheapest I don’t mean this is a bad laptop though, it’s actually one of the best selling on Amazon. You’re getting 2019-2021 hardware components , the full HD IPS display and even 8GB RAM/PCIe NVMe so no need for upgrades. 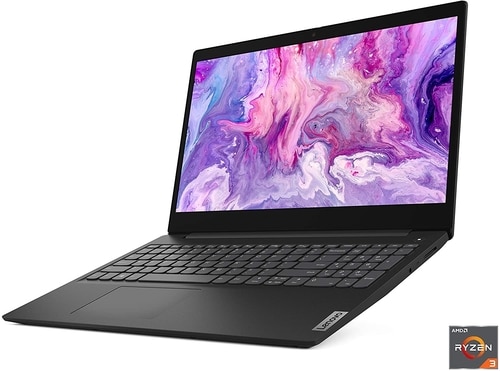 This is a much cheaper alternative. It’s got the same GPU and CPU so you’ll get the same framerates.

So what’s the catch?

The RAM is not upraded to 8GB. This will not necessarily be an issue but if you start using other programs at the same time it may compromise your game. This can be easily be solved by buying another RAM stick and screwing three or four screws and doing the ugrade yourself.

Another downside is the display, it’s only HD and not FHD

If you find either of these two expensive or out of stock check out these ones too.

Note that those that say Windows 10S do not have the full version of Windows 10 so you’ll have to get a copy on your own if you want to run Dota 2. 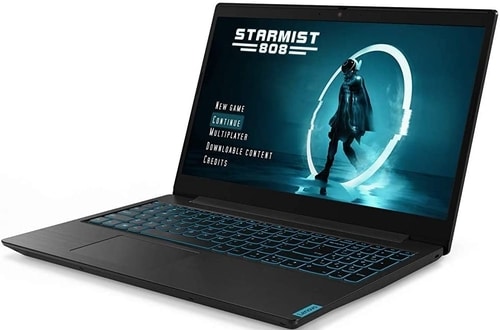 A mid-range gaming laptop will give you the best performance/money ratio for the game.

Although a mid-range gaming laptop usually has a 1050Ti/1650GTX and a Core i5/Ryzen 5 CPu this is already too much for the game.

Performance wise, performance wise you’ll be getting 100FPS on the highest settings at FHD with everything graphic setting checked.

If you find this model out of stock, there a bunch of other laptops with the same hardware. 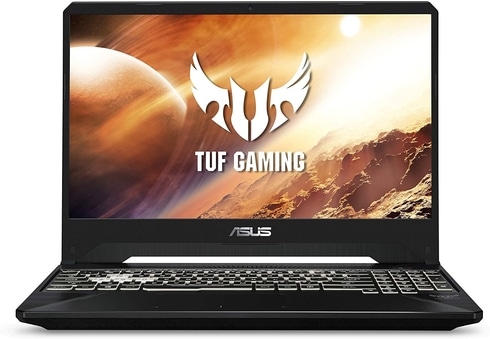 If you can push your budget a litle higher, you don’t necessarily need to invest in more powerful hardware because getting past +150FPS at high settings its pretty useless imo.

Here you have a 3rd generation Ryzen 5 chip which sits slightly below the Core i5 9300H and since they both have the same GPU, you’ll still be hitting +100FPS at the highest settings.

However, this laptop and a few rare others, have a 120Hz /144Hz or even a 240Hz refresh rate display. Which means you can the things moving and the game flow x2 much smoother.

And if you check all the options you have online you’ll find that laptops with a display beyond 60Hz step into the 800-1000$ territory and this one is 710$ on a good day.

Here’s an alternative LINK to this model if you are not in the US. 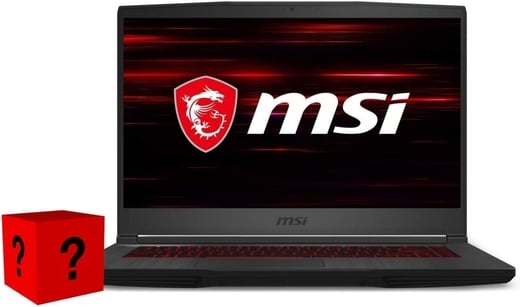 This laptop is way too much for Dota 2. It is completely overkill. The CPU is on point though.

But the GPU is like using the space shuttle to buy groceries.

You’ll be getting 180FPS at high settings as a minimum minimum.

The reason I put this laptop on the list(and last) is because it’s relatively cheap for a 2060RTX laptop with a 120Hz display. I’ve seen some  2060RTX,1660Ti,1060 laptops +200$ more expensive? How messed up is that? Well you might as well buy the space shuttle if its on a deal right?

How to Buy Best Laptop for DotA 2

I’m writing this guide in case you are from the Philippines Malasya or just can’t buy a laptop online from Amazon.

First, you should start out by checking the minimum official requirements.

They are meant for desktops, if you do the conversion to laptop specs:

It’s obvious that the The minimum requirements are more hardware than laptops you can find under 500$ mainly due to the GPU (video card). All modern laptops below 500 bucks have more RAM and higher Clock frequency ~3.5GHz.

What if I get those same specs on an old rig?

You’ll be getting ~60FPS at medium settings with no frame dips! Which is not bad!

But if you can tolerate the game at low settings, you can ditch the GPU and as long as you satisfy the CPU/RAM requirements you’ll also be getting 60fps (with framedrops though).

For 60fps at higher settings you’re going to invest a lil more.

Let’s get into more detail so oyou can get the best bang for your buck.

Although LoL and Dota 2 are CPU bound, DotA 2 relies a bit more on the CPU than on the GPU.

This is most likely because the game engine behind LoL was developed around the time we all had access to decent video cards. Dota 2 was made way before LoL so the main code was meant to rely more on the CPU.

How do I know this?

I’ve seen increases of +20fps even though both laptops have the same integrateds cards but one had a tiny bit more clock frequency (~.1GHz) CPUs.

What are integrated cards? Any GPU that doesn’t have it’s own “vRAM”.

Something along the lines of:

An Intel HD 520 or Intel HD 620:   The max framerates you’ll be getting is 50-60 but this will fluctuate a lot depending on the CPU you get paired with it.

Worst case scenario you can play the game with 25FPS with all settings set to minimum.

Intel Iris Cards will set the bar a bit higher. With a CPU leaning towards GREEN, you’ll get 70-80FPS at low settings.

But these cards are only found on Old MacBook Pros/Recent MacBook Airs and a few ultra-lightweight Windows Laptops with the latest CPUs.

Any discrete GPU will open the door for high settings and in the worst of the worst cases medium settings. The fact that it has its own “RAM” makes a huge difference.

Anything with the performance of the 960M GTX.

For modern GPU that would be any of the Blue GPUs.

Purple GPUs are overkill for Dota 2.

Old GPUs can outperform modern GPUs in some cases and this is even more obvious on desktops where you have something like a 670GTX outperforming a 1050M.

And well as long as they have a single high clock speed, Old rigs can outdo new rigs with tons of cores but less clock speeds.

So as long a you don’t have any other heavy programs running in the background, 4GB RAM will be OK.

I’d recommend having 8GB though. It’s standard these days and you’ll probably have a lot bloatware and other stuff running in the background.

Having 8GB also gives you the chance to grab a DDR4 stick and make it dual channeled. Dual Channeled means having two ram sticks to make it 8GB: x2 4GB RAM instead of 1 big 8GB RAM stick. Dual channel RAM increases the speed at which your CPU can read data which means far more framerates.

You don’t really need to look at the storage capacity. At the most you’ll be taking 25GB.

Some people would swear for SSDs ( I know the editor of this site does).  He actually told it’s the best invention since the wheel because it makes every game or program in your system load faster and make your laptop snappy all around.

That might be true for some games and apps but it isn’t the case for Dota 2. Doat 2 loads quite fast already and we have to wait for other players to load the game before we all start playign so there’s almost no advantage of getting an SSD.

It might be helpful for quick reconnects if you find yourself getting disconnected a lot.

SSDs are found virtually on all laptops today though but if you find an SATA III SSD or a 7200RPM HDD on a laptop for some reason, it will be okay!

We are in 2021. I think every laptop should have a FHD resolution even if it’s a low-end cheap laptop that costs ~300$. You should make sure yours have one otherwise the game isn’t going to look as nice.

IPS are not standard yet and there are a lot of “TN” displays on laptops even today.

IPS panels will make explosions of ULTS and fights more colorful and prettier but getting a TN display is not like having a black/white screen, you’ll still be good.

These days it’s all about refresh rates. If your laptop is limited to 60Hz , it’s pretty useless to get 100FPS because you’ll only be able to see 60FPS on your screen.

Having higher FPS than your display’s refresh rates will still make the game feel and look smoother though but not as smooth as having a display with high refresh rates.

Make sure you also double check a laptop’s refresh rates because manufacturers don’t list that all the time on the specs section. Some sneaky models may have the latest GPU that can output 500FPS at high settings and only have 120Hz or even 60Hz, watch out for that.

Just be sure to bookmark any of the links shown and click on them whenever you shop on Amazon.