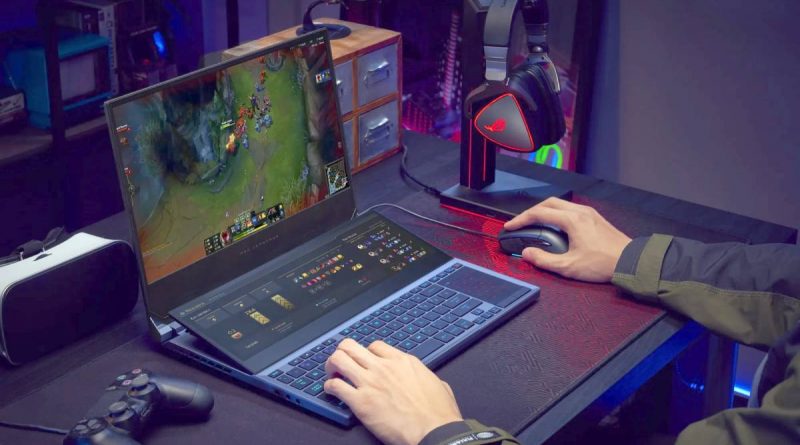 Let’s skip introductions and nail down what the best gaming laptop under $700 of 2022 is.

You are ENTITLED to a DEDICATED GPU. Period. Regardless of what prices you’ve seen on Amazon, eBay, COSTCO or Best Buy. You don’t have to settle for anything less.

There should always be at least one laptop under $700 with a dedicated GPU.  If it’s a 1650GTX you should be able to get +60fps in almost every game at ultra settings, with a few tricks I’ll mention.

Choosing The Best Gaming Laptop Under 700

If you want those or even higher framerates, you ought to know what to LOOK for, what to AVOID and you can ADD to improve performance.

Any of them will unlock HIGH settings, the latter 2 will unlock ULTRA on most games.
The 1050 GTX series are kind of obselete.
MX450 has equal performance as the 1050GTX.

Just focus on getting the best clock speed performance*.

RAM
8GB: Minimum for gaming. Found on every gaming laptop.
16GB: Impossible to find under 16GB. Standard for gaming + streaming. Just do the upgrade, it’s only 20 bucks.

Dual Channel: If you do the upgrade make sure both RAM sticks are of the same size. This will boost framerates by 5-15fps.

Display
IPS/TN is not going to help with framerates.
FHD displays are a given if you find a dGPU, not a given for iGPUs.
60Hz vs 120Hz: the latter is not so impossible to find under 700$, it’s quite rare. Most of the time you will have to add +40 bucks to your budget, is it worth it? yes, everything will look 2x as smooth. Not a must for low input delays or the advantage of having higher framerates.

MUX Switch
This is super super important. You can improve performance by 10-20%. We’ll talk about it soon.

If you’re budget isn’t anywhere near 600$, you are probably NOT going to find a dedicated GPU here but you will definitely find at least one or two on the best gaming laptop under 600$ post. If you’ve got somewhere between 600-650$ , check the last three laptops on this post.

We benchmarked laptop #3 ourselves and dual-channeled it and disabled the iGPU: so you might want to check that one out or at least read about it

Let’s start with the hottest and best gaming laptop under 700$ , strictly under 700$, we’ll go over the alternatives after.

Be sure to read the descriptions carefully if you want to get the best bang for your buck. I’ll also let you know what you may to do to find a better or get your framerates higher up

The Best Gaming Laptop Under 700 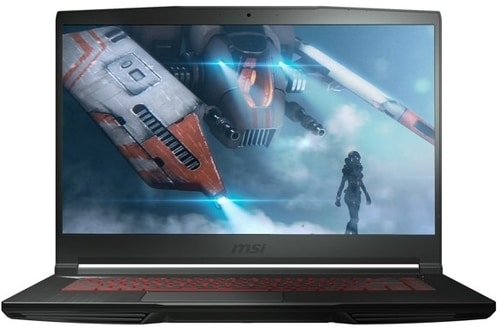 There are several other MSI laptops with a dedicated GPU under 700$ however this is the only one well under 700$ with one of the best CPUs on board.

The first CPU may be found under 700$ but currently only on laptops above 700$.

The benchmarks only used High or Medium settings, only GTA 5 was tested under maximum settings returning 55fps. Now, if you dual channel RAM and “overclock” the CPU, you will step into the 60s. That’s exactly the framerate you should expect from each at higher or ultra settings as we will show in the next laptop.

You can see the benchmarks of this exact model here. Notice how most games go past 50-60fps on Ultra.

That’s because most MSI laptops have MUX Switch. Despite having the 1650GTX Max-Q’d (power supply has been reduced to fit in a slimmer machine) , the MUX switch makes full of use of the dGPU (discarding the iGPU altogether) boosting performance by 10-20% and outrunning most 1650GTX found on thicker laptops.

I recommend you get a cooling pad though, this laptop is very slim and perfect to take to college but temperatures can get pretty high and they become dangerous if you game for long long periods of time. 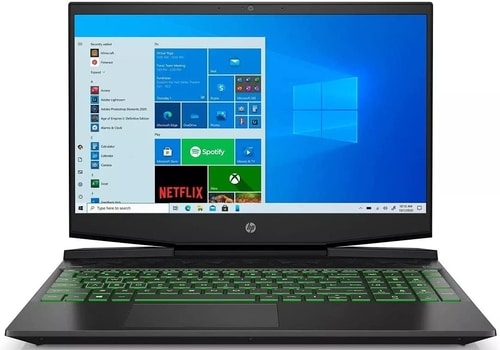 If every MSI GF53 Thin Laptop is out of stock or prices went up to over 700$, your next best option would be to look for “HP Laptops”.

These laptops do not go well below 700$ , most of the time they’re exactly at 699$. This model may go up or down in price depending when you read this.

Because it has the exact same hardware as the MSI thin Laptop, expect to have either equal or better performance.

Because the 1650GTX in the HP Gaming Laptop has not been “downclocked”. You can tell this by looking at how thick this laptop is. There’s no need to downclock it when there’s plenty of space for highi temperatures to cool down. 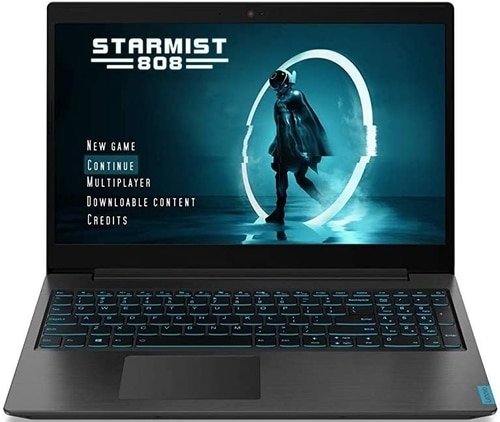 If both the HP and MSI are out of stock or prices are back to 700 and above.

I ran these benchmarks myself a few months ago with this very exact same laptop:

As you can see, this laptop can easily beat MOST newer generation laptops for one simple reason: the integrated GPU has been discarded altogether. There is no need for a MUX switch either since the iGPU is never working on it (check the stats on the upper left of the screen).

We also “dual-channeled” this puppy and here are the stats at the highest settings.
*The video benchmarking those stats are linked below (they’re not from the video above, that’s a summary)

As you can see this laptop, despite having an older generation CPU, can handle most games at ultra with at least 60fps. Now, this is only true for the game we tested but using WoW,CoD and a few more games as benchmarks you can see it is either equal or faster than the Core i5 10300H + 1650GTX.

The newest Core i5 10300H / Core i5 11300H are slightly faster true and you’d want those but it’s more important to have a laptop that has either the iGPU turned off or a MUX Switch that will get you 10-20% GPU performance.

If this Lenovo Ideapad 3 is not selling under 700$, try looking for the older version of the MSI GF63 through this link
The new Lenovo Ideapad is 40 more bucks and has a 120hz display 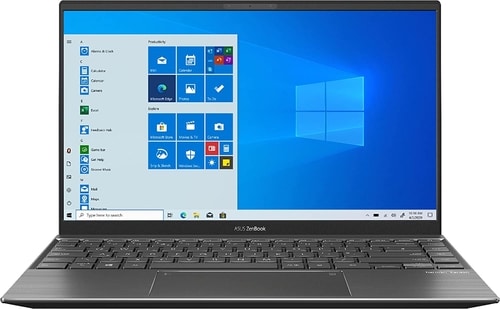 It’s time we move on from 1650GTX laptops, we’ve gone through pretty much every option STRICTLY under 700.

I don’t want to BS my way into your pocket so let a benchmark video speak for itself first.

The reason why the MX450 performs so incredibly well for gaming is because it’s basically a 1050GTX redesigned to fit into slimmer and smaller laptops.

I’m sure you’ve noticed that those benchmarks were carried out with a Core i5 115G7 CPU which is actually 1% slower than the Ryzen 5 5500U featured here!

This laptop is NOT 4.84 lb as the description amazon says, it’s actually less than 3lb! Perfect if you’re a college student, you can take this to campus everyday if you’d like and still not feel like you’re logging a brick. It doesn’t have the typical “gaming laptop” design either so it’s not going to scream “Here’s a gamer” at the library either. You’ll just stay cool and unnoticed.

Another plus: battery. The MX450 doesn’t consume as much power as the 1650GTX , you should get a couple of more hours away from gaming. 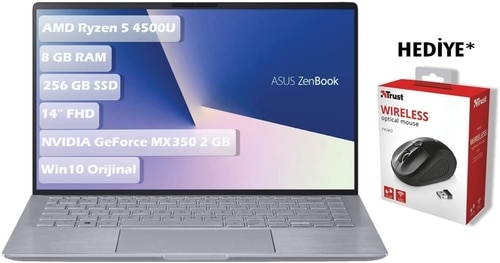 Unlike the MX450, the MX350 is NOT as powerful as the 1050GTX however it’s still faster than ANY integrated GPU even those found Core i7/Ryzen 7 laptops : Intel Xe Graphics and AMD Ryzen Vega 7.

So it’s definitely a great investment if you’ve got anywhere near 600$. It’s not worth it if you’re paying more than 650$, you would be better off waiting for a few weeks until a 1650GTX laptop shows up below 700$.

How to Find The Best Gaming Laptop Under 700

There are two ways to find out whether or not you’ve got a great deal on a gaming laptop under 700$.

The easiest way but longest way: making a list of all gaming laptops under 700$.  Put them on a spreadsheet compare specs and separate those with the lowest prices.

That’s actually how we found the 3 laptops above. The sheet here. We spend about 3 days so if you’d like to thank our work please share this page on your favorite forum. You can share the spreadsheet too but please link both if you can.

We also benchmarked about 3 laptops with a 1650GTX unfortunately they ran out of stock so we could only feature one above. You can find the rest on our youtube channel: laptopstudy.

There’s a smarter quicker way to do this:

take note of the specs: GPU, CPU, Display, RAM, SSD and add up the prices

Wait, doesn’t that only work for desktops? how do you know how much hardware on laptops cost?

You could go to amazon, type the CPU and GPU on the search bar , get the prices and start adding up the numbers.

In the case of laptops….

They don’t sell laptop parts individually (except for RAM and Storage).

However, they do sell replacements: display , keyboards, chasis, etc. How do you think technicians fix laptops?

So you can find the prices of a display/chasis/motherboard on AliExpress.

What about CPU and GPU?

The prices are usually found on Intel/AMD websites. After 6 months or so they take them out though. So you can use wayback machine or just use our guide (we got them back in 2021).

If that fails, you can use the desktop prices, most of the time for GPUs at least, they’re pretty much the same hardware.

With that said let us start with the GPU.

GPUs that have the same name as the desktop versions are just the same hardware. . They’ve just been underclocked to avoid high temperatures (this means they have been either undervolted or have had their clock speeds changed on the BIOS).

So you can use the price of desktop GPUs to run calculations.

The GPU is in charge of unlocking higher settings (high or ultra in most games) but the CPU is the one responsible pushing those framerates back to your monitor.

That means a low-end dGPU like the MX450 may outperform a 1050GTX/1650GTX if it’s paired up with a much better CPU. This isn’t the case in laptops though, higher GPUs are always paired with higher CPUs than those found on lower GPUs.

There are all variations of the same CPU though(usually 4-5 CPUs are paired with the same GPU), if you get the best CPU out of the group, you will get higher framerates.

Older variants of the same CPU do not usually go down in price, manufacturers bought them at those prices when they came out.

RAM prices are all over the place. Always assume the minimum though.

Type: DDR4 are one of the two latest and these are the ones they use on laptops in 2022.
Dual Channel: Don’t forget to make them dual-channeled. No laptop will have dual channeled RAM out of the box.

Type: All laptops use PCIe NVMe SSDs because they take the least amount of space and manufacturers simply get them at a deal since they’re attached to the motherboards. You’ll only get SATA III SSDs as “additional” drives installed on the 2.5” bay.

Add prices of whatever’s soldered to the motherboard and whatever extra SSD you got separately.

Displays can be very expensive depending on refresh rates. 120/144Hz displays will be way more expensive than 60Hz displays, x2 as much on average.

60Hz IPS FHD: This is the most common under  700$ have the following specs:

Very unlikely you’ll come across a laptop w/ a 120Hz display under 700. It can still happen (it has last year).

If you want to check more display configurations, you can use either Amazon or Ali express to get their prices:

This includes the battery, the motherboard, power cord, the shell, the keyboard, chasis quality, etc. 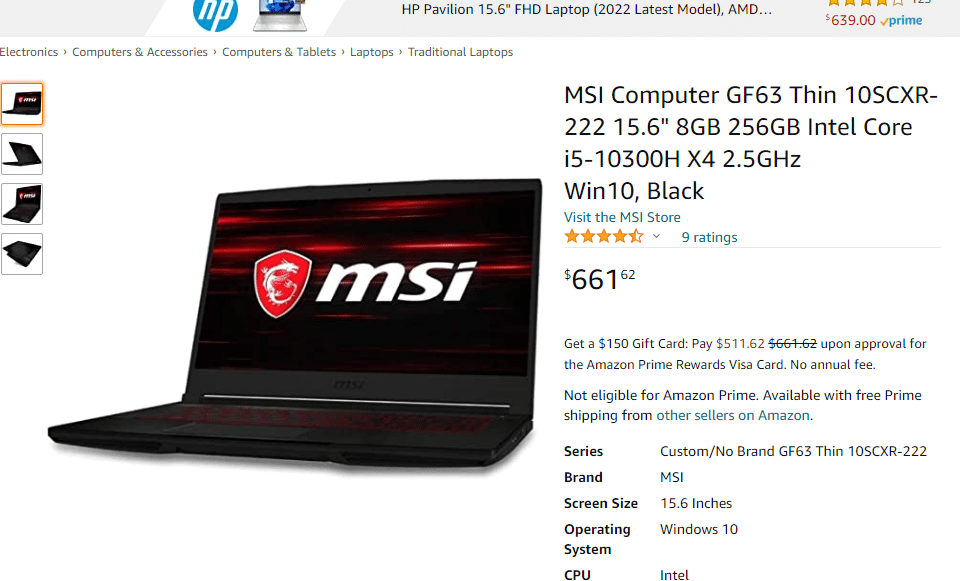