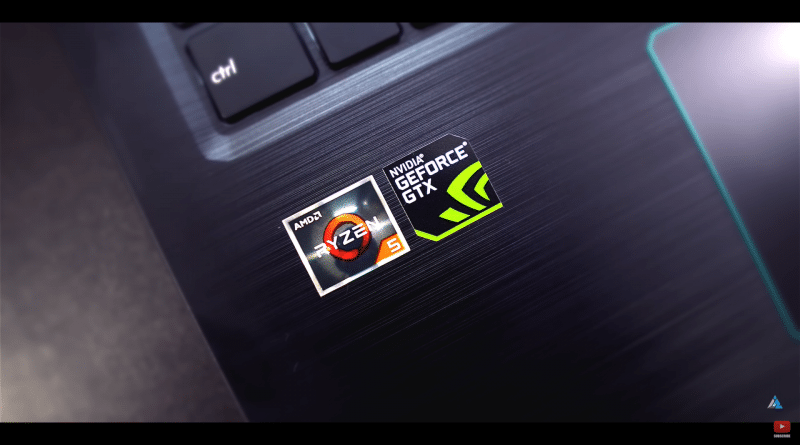 We all know a dedicated GPU like a MX350 or a 1050GTX would allow us to hit high framerates at higher settings.

And this is probably the reason why you even clicked on our article.

I got good and bad news for you…

The good news is that…

YES! you will find a laptop with a dedicated GPU under $600 in this article. You can check it down below (we plan on adding more as they’re released though).

The bad news is that…

They’re super hard to find and once you do, they are all pretty close to the 600$ limit. Sometimes a little bit higher.

If you don’t have anywhere a 600$, no worries, you can still have a great gaming experience as long as you stick to the following guideline.

If you do, just skip this section and go right into our top 5 best gaming laptops under $600 section.

Recommended Specs For Gaming Laptops Under 600

CPU
CPU is the single most important factor for high framerates unless we are talkin’ about high-epic settings on some games like CoD, PUGB, the Witcher,etc.

This is what you SHOULD find under 600$:

You know I’d usually rant about how this one is better than the other but among these (of the mobile 8100Y) there’s not a big difference in CPU power. Unless you get a Ryzen 5/Core i5 but if you can’t either of those, don’t sweat it, the rest of ’em are fine too.

With a low budget, the easiest way to increase performance and reduce lag spikes is making sure you have PLENTY of RAM for every game.

8GB: Enough for most games but unfortunately this is not universal on laptops below 600$
4GB: This is a lot more common below 500$ but it can be a limiting factor once you step out of MOBA/FPS games.

If you want to maximize CPU power, one thing you can do is buy a laptop that has 2x4GB RAM sticks instead one of big chunk of 8GB RAM. This is called dual-channeling .

If you’re going to do the update yourself make sure both sticks are not only of the same size but also the same model/brand.

IPS/FHD: This display is kind of hard to find but it’s the best one you’ll find in this price range.
TN/FHD: This is a lot more common and since it’s still FHD , it’s good for gaming. Although you may not have a pretty IPS display, TN displays deal a lot better with refresh rates due to their low response times. AKA, better for gaming.

TN/HD or HD+: You need to run away from this set up unless you just want play games in Pac-Man Mode.

The moment you’d be waiting for:

This list is going to include laptops with all the computer goodness we just went over.

What some of them may miss is the dedicated GPU.

But I assure you will find at least one laptop under 600$ with a dedicated GPU if you keep coming back to this post. 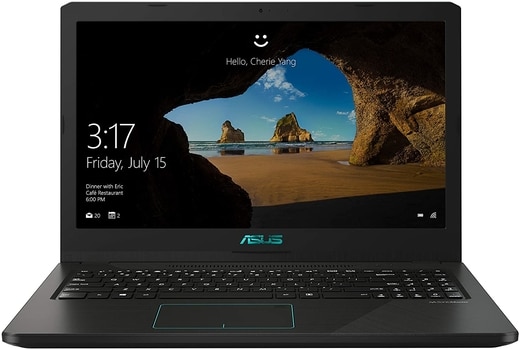 As of Dec24, 2020. The ASUS VivoBook is currently out of stock.  However the Lenovo L340 is still on stock although slightly more expensive, it has a much better graphics cards

Like I said, the chances of finding all the computer goodness we just went over isn’t that hard to find under 600$. What’s really hard is to find them all rolled into one WITH a dedicated GPU.

This baby right here not only has a  dedicated GPU but it has one thats actually quite powerful:

In fact, this model doesn’t have just a regular 1050 either. It has the 4GB vRAM version (usually you’d get 2GB vRAM). That extra 2GB vRAM is going come in handy to get far more framerates in open world games like PUBG and WoW.

I will be blunt and tell you that with a budget this low and a entry-level dGPU you can’t expect to comfortable run the most graphically demanding games. Here’s a complete list of them.

It will be okay to run them at super low settings and get like a 30FPs on average, definitely playable but not on a competitive level for sure.

Actually the problem it’s not just the GPU, the CPU in this bracket is still not powerful enough to handle medium-high settings with any those games. If you want to run those monsters at medium-high with +30-50FPS then you should really consider spending above 600 more like 680-700$. I’ve written another post with the latest laptops around that price range.

For all other games like the ones on this table, you should be okay though: 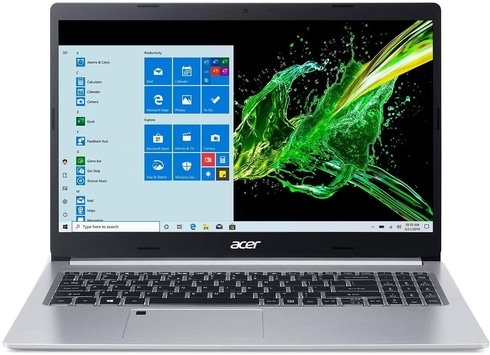 On the other hand a 1050GTX is kind of overkill for mickey mouse games like CS:GO, LoL and Dota 2.
So for virtually all MOBAs and most FPS (First Person Shooting ) games, you should be okay without a dedicated GPU.

Integrated GPUs have come a long way since they were first released. They now have more or less the power of what dedicated GPUs used to have before. This is even more true if you are talking about Radeon Vega GPUs.

Ideally, you’d still want something with a dedicated GPU like the one we went over before but if you’ve got a budget below 550$, there’s just no way to find a laptop with one and you’d just to have to settle with models like this one.

One thing you can’t miss out though is getting 8GB + PCIe NVMe and IPS Display if you are paying anywhere 500$. The former two are crucial for pretty much any game out there and this is what framerates you can expect: 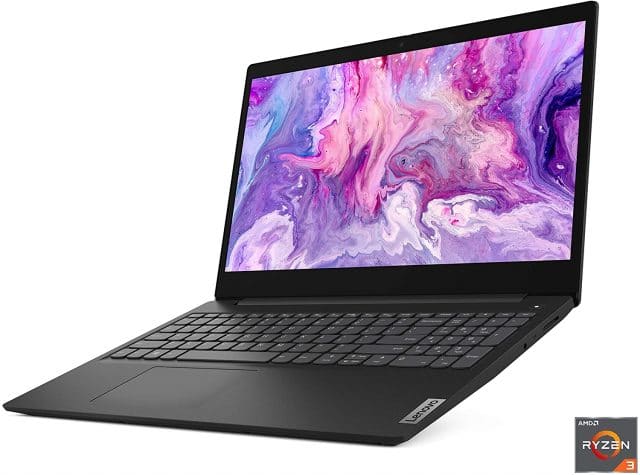 This model doesn’t offer anything more special than the first laptop on the list.

Just like the Acer Aspire 5 it is designed for “light gaming” and that means MOBAs FPS and other games set to low-medium settings and limited gameplay outside of that (Minecraft will run well though).

Although this laptop is kind of cheaper than the Acer Aspire 5, it has a slightly better CPU+GPU combo.

Both the Ryzen 5 3500U and the AMD Vega Graphics 8 are slightly faster/better than the Intel UHD/Core i5 so expect maybe a 5-10FPS to the table we went over before. 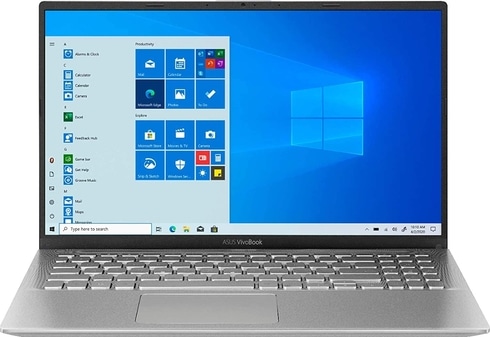 However, this ones has a bigger display and x2 as much storage space. 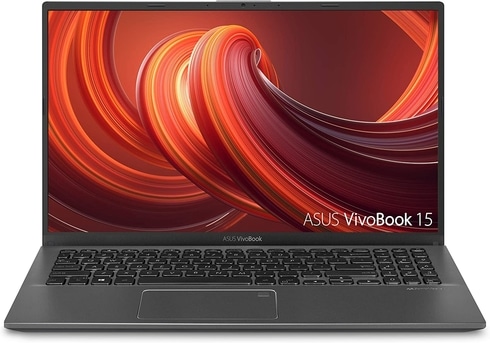 My favorite laptop without a dedicated GPU.

Although it has the same specs as the Lenovn and ASUS, it has a pretty unique display and it’s pretty lightweight too.

It’s not only 15 and FHD but it has almost no bezels around it so it makes much more entertaining to watch game mechanics. It gives you the illusion of playing on a floating screen and it is actually bigger than your average 15 display.

How to Find The Best Gaming Laptop Under 600

In our two other posts, we were able to tell if a laptop was a deal or not by adding up the prices of each computer part.

Unfortunately, we can’t just add all the prices in this bracket because we just don’t know how much the CPU and GPU costs.

In the case of GPUs and CPUs found on laptops above 600$, we could just use the desktop prices but there are not desktop equivalents for the CPUs in this bracket.

The best method to find the best gaming laptop under 600 is then to make a table of all available laptops on your region and compare the specs.

Anyways, so I advice that you don’t do that because that is very time consuming.

You can however follow our guidelines to guide you whether or not you are being ripped off or getting a nice deal on a laptop.

Because a 600$ budget is not enough to get you a dedicated GPU (unless you get really close to 600$ or invest a bit more).

The CPU becomes the most crucial part to push those framerates to high two digit figures on medium settings.

Note that this table is listed in from weakest to most powerful. Although clock speeds may differ, performance is usually better with AMD.

It’s going to be very unusual to find a dedicated GPU unless you step into 599$ dollars. Depending on the time of the year, you may find them realy cheap. For example, a MX350 laptop is usually 580$ but for some reason they’re selling for 650+$ now even though a 1050GTX laptop is available for 599$-629$ and a GPU like the 1650GTX which is x3 more powerful is only 50$ more expensive.

*By Max I mean the highest price you should pay for.

If you got a budget lower than 580$, you’re just going to have to settle for an integrated GPU. But at this point having a more powerful CPU becomes more crucial to get lagless framerates and avoid any lag spikes even at low-med settings.

If you really want to extract every bit of juice power from an integrated GPU( although they do have more or less the same performance).  Use this table as reference, we’ll be using a MOBA game like LoL as a bunchmark.

Benchmarks may not be as accurate as they were taking from CPUs that were different (though the difference in CPU power was small and we did offset CPU gains).

Note that you should NOT not be playing fortnite with low-end integrated GPUs.

You won’t be getting 16GB unless you step into 800$ territory.

If you really want more RAM then just do the upgrade.

If you’re going to upgrade a laptop to 8GB or 16GB, be sure to use the same RAM size like we mentioend before.

As of 2020, virtually all laptops have an SSD. Software and games today are being re-written to make good use of SSDs as well. You can’t settle for an HDD even if you got a great GPU/CPU on it.
If you do find a great deal that has an HDD in it, you can always do the upgrade though and you must!

PCIe NVMe SSDs are pretty common on all modern laptops. Ocasionally you may find a Sata III SSD which is slightly slower than a NVMe SSD, for gaming this doesn’t have a huge impact but it does for transfering files and games with huge data files like CoD/WoW.

This is as good as it’s going to get under 600$. 120Hz displays start from 800$ and we don’t have higher resolutions on gaming laptops unless you step into 3k$ territory.

One thing you should make sure is to have a FHD display on yours especially if you go below 550$ and step into the 300-400$ price range. Lower resolutions like HD, HD+ are pretty common there.

IPS panels have bettet viewing angles and better color reproduction and they can be found on laptops starting from 350$.

If you find a great deal without an IPS display, which is quite common because manufacturers try to cut on prices by dropping “unnecessary” hardware, I think you should just go for it.

TN displays are nothing to be ashamed of and in fact, they have better response times than IPS panels which is what you want for a smoother gaming experience.

Although personally I would still go with an IPS panel if you have the choice and budget to get one.