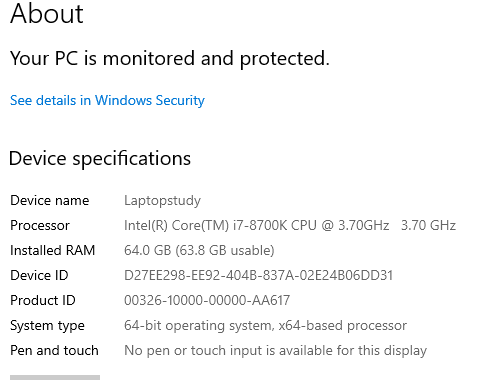 When I started becoming interested in computers I had no idea what all the specifications like RAM, #Cores, vRAM,  HDD, SSD meant.

The only thing I knew back then was that more gigabytes meant storage and fast CPUs meant fast computers.

This is a short guide or a quick crash course if you’re in that position.

We won’t get into specifics we have other posts for that. We’ll just go over the basics and break it down so you’re a little more informed before shopping for computers. 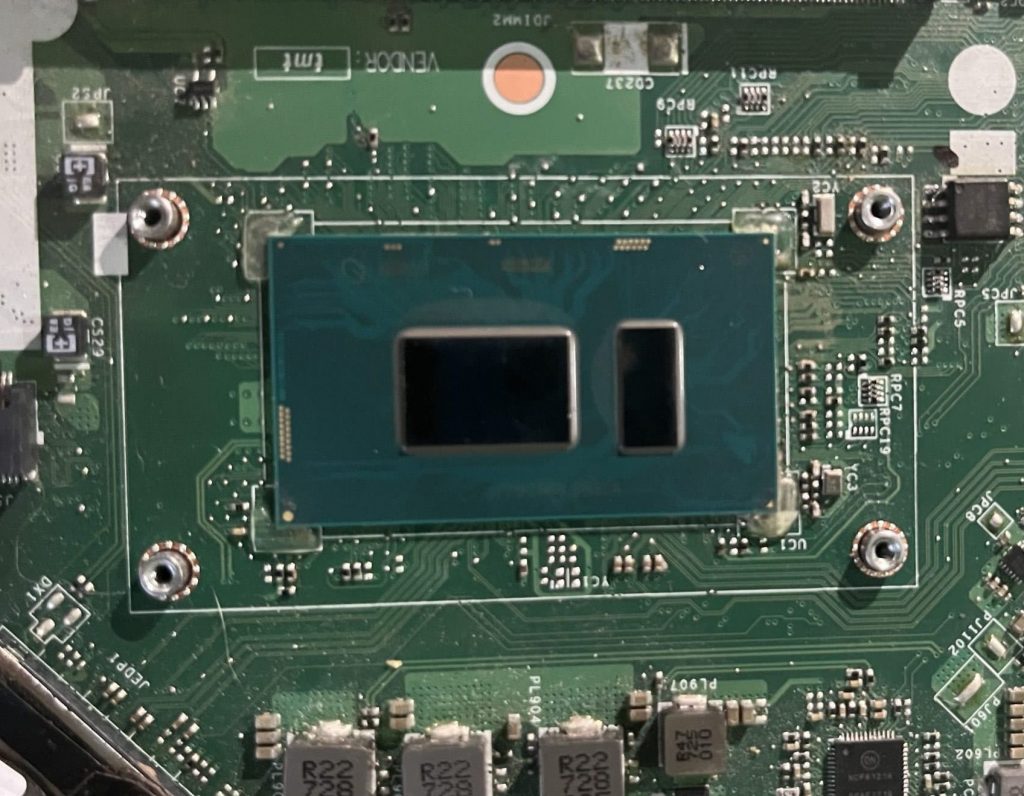 CPUs or processors are in charge of “running” applications. The “heavier” or “fancier” your application or software or task is, the beefier your CPU needs to be.

Heavy tasks would be gaming, video editing and 3D Animation,etc. Things like web browsing, typing essays and watching videos among others do not need a “super fast” CPU. Virtually every modern CPU will be okay

The most important spec for heavy applications is “clock speed”. In layman terms “speed”.

Although heavy tasks can still run on any CPU, the CPUs with the highest clock speeds (measured in GHz. Ex: 4.0GHz) the faster these tasks will run.

Light tasks do not really benefit from high clock speed CPUs (~anythin below 4GHz will be fine).

So if you’re a student, it is likely you don’t need high clock speed CPUs and it should not be a concern for you unless you’re video editing or modeling in 3D.

I’m sure you’ve heard the terms “multicore CPU”, “dual-core”, “six-core”, “octacore” and wondered what a core was.

A modern CPU is not made out of one big box but rather SEVERAL mini-boxes. These mini-boxes are the processing units where all your applications run and these are what they call “cores”.

Thus, it is safe to say that the more cores you have, the faster your applications will run.

The more you can multitask as each program could be assigned to one core.

Virtually all modern laptops have more than one core, usually four, and this is enough for most people and all the insane multitasking they have
Six core or Octa Core CPUs come in handy when multitasking between heavy applications or when a tasks (like rendering a video) takes too long with four cores

These are the most common CPUs you’ll find:

Intel Core i3 and AMD Ryzen 3

These have no more than 4 cores and clock speeds usually cap at 4GHz.  Designed for multitasking between basic applications and general computing tasks like web browsing, video streaming, programming, “light tasks”.

These will also have the best battery lives because they do not consume much power.

Intel Core i5 and AMD Ryzen 5:

They can have up to 6 cores and go well beyond 4GHz. These are the bare minimum for heavy duty applications like high graphics gaming, 3D modeling, video and professional photo editing.

Intel Core  i7 and AMD Ryzen 7

Up to 8 cores and pretty close to 5GHz. These are not the fastest CPUs available but this is as much power as 90% of gamers, 3D designers and video editors will need.

The above recommendations only apply to “late generation” CPUs. You can tell which generation a CPU belongs to by looking at the first digit of the model number.

AMD Ryzen:  Late generations would be 4th,5th and 6th.

Anything lower is sort of old but not too slow.

H, HK, HS: Any series with an H.  Be it HQ, HK , HX or any other combination will stand for “High Performance” or “High Graphics”. They have more cores and more clock speed making them super useful if you’re seeking the best of the best performance for heavy applications.

U, G: These are “smaller” CPUs designed to make laptops “light-weight” thus they are substantially weaker than “High Performance” CPUs (if brand and generations are equal). 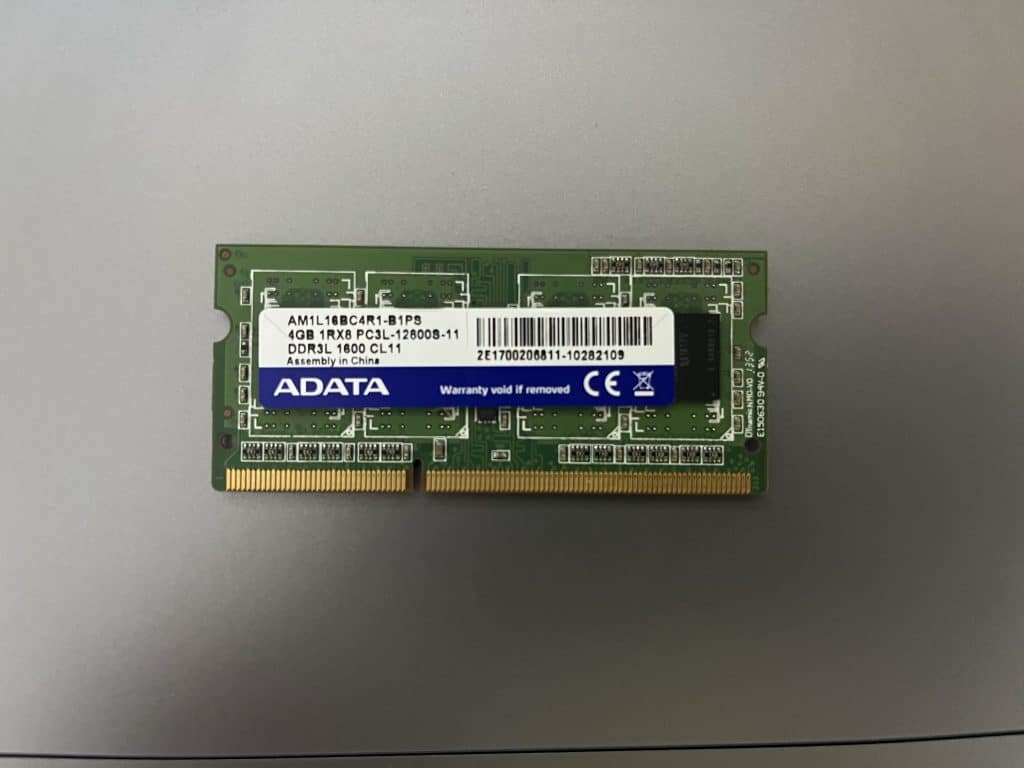 RAM is basically memory but this is a different type of memory than storage. This memory is much easier to read because it sits a lot “closer” to the CPU .

This means the more RAM or “RAM Memory” you have, the more efficient your CPU will be at reading large chunks of data or in other words running SEVERAL programs and applications at once.

2GB RAM: This is enough for Chrome Os, Mac OSX, Windows 10 S, Windows 11S and most Linux OSs as long as you limit yourself to basic tasks like : web browsing, word editing, music playback and videos.

4GB RAM:  Good ONLY for the forementioned operating systems but more useful if you’re a heavy multitasker (+20 web tabs open).

8GB RAM: This is the bare minimum for the full version of Windows 10 Home, Windows 11 Pro. Anything less is likely to give you issues. This much is also good for running heavy applications like high end gaming, video editing, etc.

16GB RAM: Only useful for professional video editors, 3D CAD engineers, photo editors. Basically this will boost performance on heavy applicaitons. Very unnecessary for most people even for gaming.

There are the three most recent generation although the first one is quite old.  They mostly differ in their “data-feeding” speeds.

For most applications and multitasking, any generation is fine. Heavy users like gamers, engineers and video editors might find the latest one more useful but don’t expect tremendous performance gains 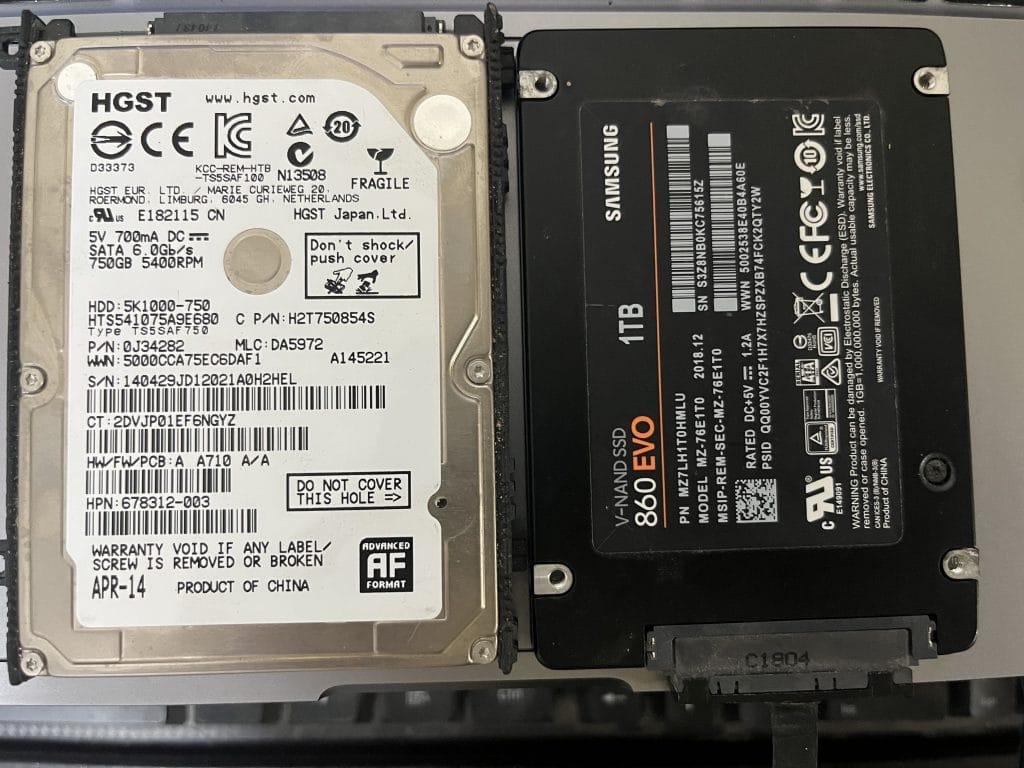 Storage drives are on computers works just like your phone’s storage. The more storage you have, the more stuff you can have installed/saved.

Not all storage drives are the same though. There are basically two types: Solid State Drives and Hard Disk Drives.

Virtually every laptop and computer today uses a Solid State Drive. Unlike the old fashioned, HDDs (Hard Disk Drives). They have amazing reading/writing speeds. This means anything that has to do with reading/writing file will be fast:

*There are actually two types of SSDs or three. But for most purposes they will perform equally the same.

These are the old fashioned storage drives we used 10 years ago. They’re still found on computers and in fact will make them slightly cheaper but be warned, they’re pretty slow and all of the things I outlined before will be done several times slower.

Size
Most files, especially software files, on computers are bigger than files on a phone though.

SSDs come in all sizes but anything more than 256GB starts to get expensive.

Let’s run some calculattions to see if you may need to go beyond 256GB.

As you can see even 128GB is plenty of space unless you install several AAA games, 3D modeling software or store several 4k videos/CAD files.

You should at least get 512GB. 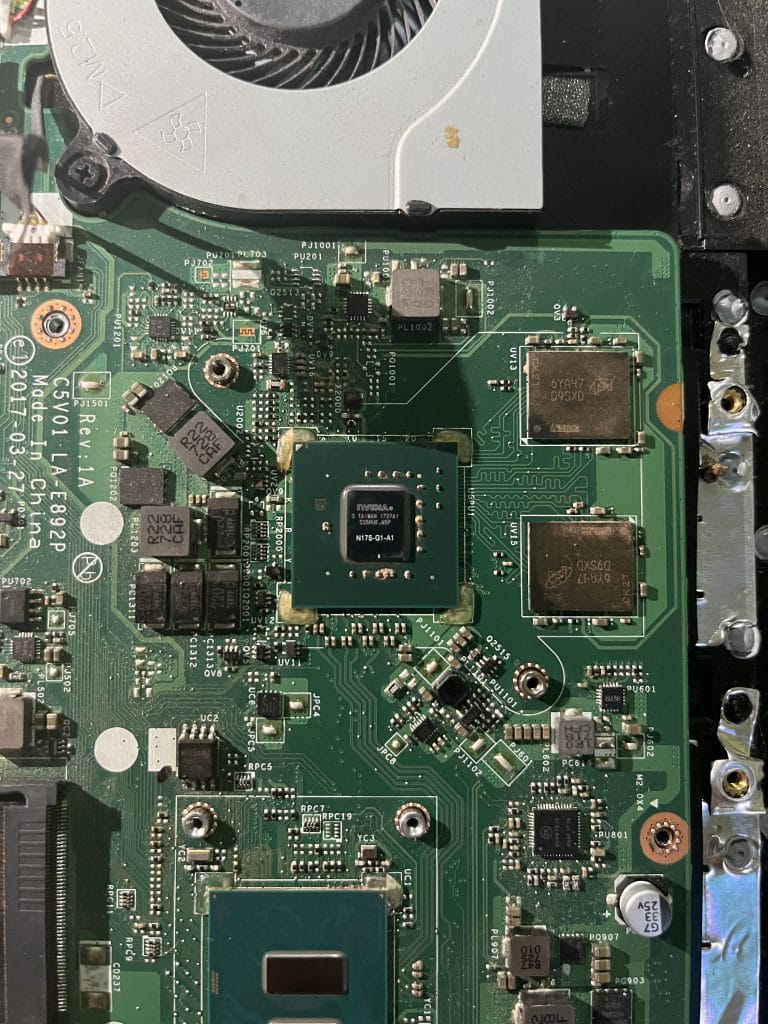 You don’t need to worry about graphics card if you’re just playing low graphics games, watching videos (even in 4k) and all the basic tasks most students and office works do

If you’re buying a computer for high graphics applications: 3D modeling, video editing and maybe photo editing then you should at least KNOW the difference between the two types: integrated and dedicated.

All computers and laptops will automatically come with an integrated GPU. Since they are integrated they share resources like “RAM” with the CPU.

All of them are plenty for basic tasks, videos, image editing and most computer games .

They are called dedicated GPUs because they have “dedicated”  resources.

Unlike integrated graphics, they have a lot more vRAM so they do not need to “borrow” RAM from the CPU. They also have other technical specs (cores, shaders, clock speeds) well beyond what’s found on integrated GPU and that’s exactly why

The easiest way to tell if you’ve got a dedicated GPU is by checking if the word “vRAM” is thrown somewhere around the computer description.

If they have either the “Radeon RX” or “NVIDIA” words on their labels.

There is a whole debate on whether or not these are useful for the average user but one thing is for certain, They’re definitely useful for the most highly complex 3D designs and animation projects.

If you found this too technical or if there’s something you don’t understand please let me know in the comments below. PC 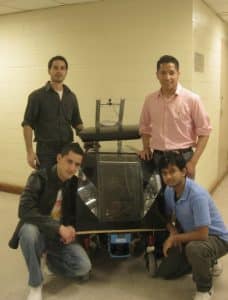