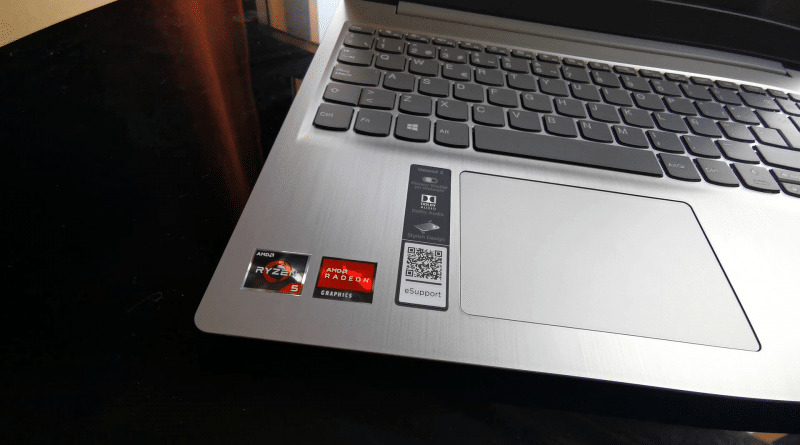 I’m not going to sugarcoat this post with false hope and sweet stories. I’m going to be brutally honest with the main issue when finding the best gaming laptop under 500 .

The truth of the matter is…

While a budget under 500 can get you a decent machine to sustain decent framerates for most games and a few AAA games.

It is not enough to get you the gaming laptop most gamers have. Those capable of sustaining high framerates at medium to high settings with most (if not all) AAA games.

For one very simple reason you’re probably aware of already:

Which is really what gaming laptops are all about.

There are three ways to tackle this lack of GPU problem.

Because this post is supposed to be about gaming laptops under 500$ only, we won’t be posting any laptops above 500$. If you are interested in a laptop below 600$ with a dedicated GPU, you’re welcomed to leave this post and check that one instead.

If that’s not an option for you and you won’t be throwing high graphic AAA games like Call of Duty, The Witcher, Assasins creed or any game at HIGH/EPIC settings on but only games like:

Then you’ll be fine with the following five laptops.

The Best Gaming Laptop Under 500$ 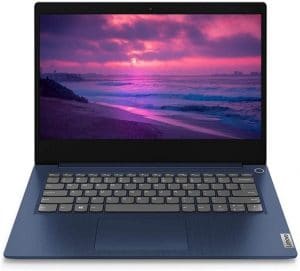 Now this is actually the best set up you can get under 500$ for a new laptop. This is good as it’s going to get under 500$. All the specs shown above are maxed out for what you can find under 500$.

However, these specs are still not enough to make a laptop be considered a “gaming laptop”. You will not be able to play every AAA game out there at comfortable settings but you WILL be able to play SOME of them and definitely all those titles like LoL, Dota, CS, MineCraft,World of Warcraft, OverWatch and a few more.

For more details check out this video:

Although you may be inclined to get an “Intel CPU+GPU” in the hopes of getting those framerates into medium settings. The reality is that the Radeon Vega 8 is actually the best integrated GPU option you have under 500, it is relatively faster and more powerful than the Intel UHD.

While the difference is not “enormous” and performance may look about the same, it is the best integrated GPU you’ll find under 600$.

For more details on what settings/framerates you can get with a set up like this check out the video above. 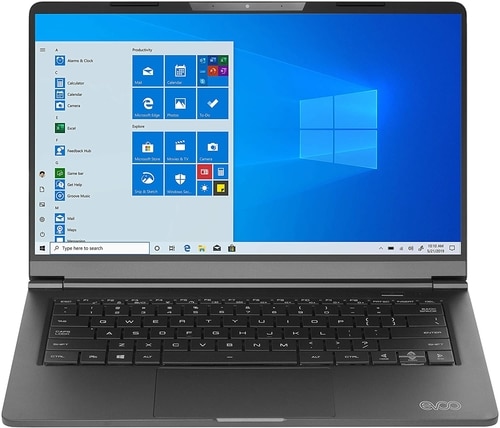 This EeVO laptop is one of the two laptops that has the best specs you can get in a gaming laptop under 500$. Just like the Lenovo Idepad 3, it’s got the FHD resolution display, the Vega 8 GPU, the fastest processor in this bracket (Ryzen 5), the 8GB RAM and the 256GB SSD.

You can expect the exact same gaming performance as the Lenovo IdeaPad 3, cooling is not really a problem for true “mobile” processors and graphics card so there’s not a chance this will overheat and underperform due to lack of a good design.

One thing you can do to this one and the Lenovo IdeaPad is perhaps upgrading the RAM and make it dual channeled. Here’s a table of the framerates and settings you’ll be able to get from this laptop and the lenovo Ideapad. 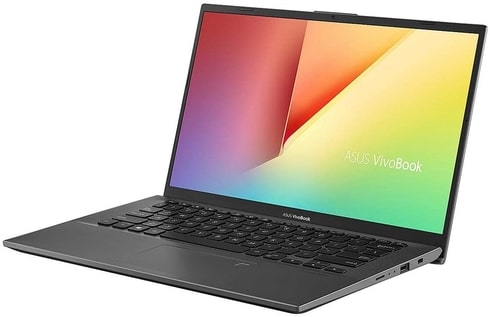 This laptop is a bit weaker than the two laptops above yet it costs about the same.

However, it does have a nice display. It has no belzels, it’s full HD and it’s 14. That means it’s going to look a lot bigger than a 14 display, a  screen with no bezels add ~1 to a laptop. So you could say it acts like a 15 display.

Why bother with a laptop that’s 15” with weaker specs?

Well, the fact that it’s 14” and it has no bezels and holds a processor which is weaker (actually it’s not that weak weak, framerates will drop by an avg of 10), it makes it thinner and LIGHTER.

So if you are a gamer wanting to play MC everywhere you go along with stuff like LoL , Dota 2 and similar low graphics/MOBA games then grabbing this one might be a better option.

Here are the framerates you can expect on several games: 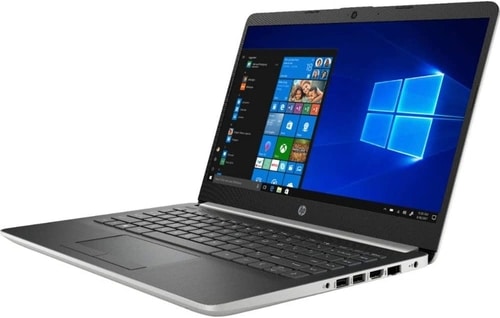 This HP has the exact same specs as the ASUS VivoBook. Yes, it’s another Ryzen 3/Vega 3 laptop.

Where are the Intel processors?

Well the new Ryzen processors have overtaken Intel Processors, not necessarily on performance (although in many instances that is the case) but in price/performance ratio.

So most manufacturers opt for an Ryzen 3/Vega 3 or Ryzen 5/Vega 8 as the specs jammed into their “gaming laptops under 500$” and hence they’re a LOT cheaper and hence why you are able to find them under 500$.

You WILL find 10th gen Core i3 processors and Intel UHD laptops BUT they will most likely have Windows 10S on them which means you ought pay 100$ more bucks to install those games you have in mind. Windows 10S does not let you install the most popular franchises unless they’re on the Windows App store (like Minecraft).

Anyways, the storage here is lower and the price is pretty high for the specs (still under 500$) but that’s because it’s got a TOUCH SCREEN display and those suckers are kind of expensive to manufacture.

If you’re buying this for a kid I guess the touchscreen feature will help tons interacting with several games. 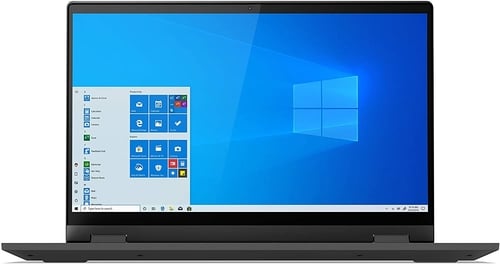 This last one isn’t the most powerful in fact it’s just as powerful as the last 2 we just went over.

However, it is the best deal you’ll finder for a gaming laptop under 500$.

The downside is that it doesn’t have a FHD display but this is still okay for MOBA games/MineCraft and most games that don’t need insane graphics. Framerates will be the same but they’re going to be displayed at HD resolution.

None of the laptops above are “true” gaming laptops. Although they all can be used for gaming, heck I’ve used a 5th core i5 with 4GB RAM to World of Warcraft (at low settings of course).

If you could just get 100$ more dollars, you can THIS BABY with a Dedicated GPU and bump up your settings to medium/high and get into the 40-50 FPS for several AAA games.

If not, the only other way is to buy a refurbished one.

I’m not a big fan of refurbished laptops NOT bought from Amazon.  Because I just don’t trust other retailers, a laptop malfunctions and that’s about it.

They don’t have the resources to give you your money back and will fight tooth and nail to blame it all on you.

Amazon is the most succesful company of the world with plenty of cash to keep their customers satisfied so they are more likely to give you your money back or get you another laptop of course under their 90 warranty.

There are currently no refurbished laptops with dedicated GPUs available on Amazon. We will update this post when they are. You can check Ali Express/Ebay if you want but I do not recommend them

You can check this link to see if any laptop with a dedicated GPU pops but as of 2020 Dec we haven’t been able to find any.

How To Buy A Gaming Laptop Under 500$

This section will teach you how to pick up the best gaming laptop under 500$. I’ll show you how to maximize power with a budget under 500$ despite the lack of GPU and will also tell you which hardware is actually better and which hardware you should avoid.

Let’s start with the single most important component.

What most people don’t know is that the CPU is actually the biggest factor into getting high framerates. The GPU does help offload the processing especially with higher resolutions and more detail but if you got a weak CPU then it’s all useless.

In fact, if you get a really good CPU, you may not even need a dedicated GPU to hit framerates in the 80s at medium settings.

Whichever has the high clock speed. If you look at this table, these are all the CPUs you’ll find under 500$. Obviously there are more but they’re found on laptops that a lot more expensive.

These are the ones you should COMPLETELY avoid at all costs unless you just want to play games found on the window/google store like Among Us :

How much RAM you get, what type of RAM you get and how you set up your RAM can have a substantial impact on framerates.

That’s because RAM holds all the DATA that’s going to be processed and feeds that data to the processor. In layman terms, RAM basically holds the images/game files and the CPU processes it for you to see it on your display.

If you got more RAM, that means more data is readily avialable for the processor which is equal to more framerates and higher detail.

Ideally you want 8GB RAM but this is not always available in this price range. Luckily, you can buy another RAM stick for like 20 bucks and do the upgrade yourself.

DDR4 is the latest RAM “generation” and it’s a bit faster than “DDR3” RAM. The difference isn’t huge but every bit counts. Just be sure to double check the RAM generation before you purchase a laptop but they’ll all be usually equipped with DDR4 if we are talking about 2019-2021 laptops.

Despite what many gamers may say, having your RAM dual-channeled does have an impact on framerates. And well with a budget under 500 and with the lack of GPU you’re going to need every bit of performance increase.

As you can see on the preview of the video, Dual channeled means, having two RAM sticks instead of one. So if you’re using 8GB, it’s best to have x2 4GB RAM instead of one big 8GB RAM stick jammed into your motherboard. If you have 16GB, make sure to have x2 8GB and so on.

It is paramount that you get an SSD. Any type of SSD is fine but you MUST avoid HDDs (Hard Disk Drives) because those are not THAT uncommon below 500$.

An SSD  will not increase your framerates BUT it will help tons with loading screens and changing instances plus it’ll also boot up your machine in seconds and launch any game instantaneously.

Just so you know, here’s the ranking of storage speed from highest to lowest.

You just need to avoid the last two and obviously any eMMC storage unless you just wanna play games from apps.

I don’t think you should worry much about what GPU you’re getting because you’ll only find integrated GPUs under 500$.

But if you , somehow, find two models with the same specs except for the GPU or let’s say you wanna know whether to choose the model with the Ryzen 3/Vega3  or the Model with the Intel Core i3/Intel UHD, this table should help you.

if you are lucky: